Harmodios and Aristogeiton were honoured for bringing an end to tyranny and restoring democracy in Athens in 514 BCE.

In the early fifth century BCE, the emerging democracy in Athens was crushed by the coming to power of two tyrants, Hippias and Hipparchos. Although only partially successful — Hippias escaped death — Harmodios and Aristogeiton were celebrated for overthrowing the tyranny. They are shown here, in heroic action.

This is a Roman copy of a bronze sculpture commemorating them, set up on the Acropolis in Athens in 477 BCE, replacing an earlier original plundered in the Persian wars after just three years. The Athenians erected replacements because the memory of the two men was so important to civic pride. The message is: tyrants beware, this is a democratic society. 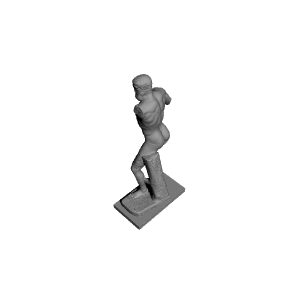 ×
0 collections where you can find Aristogeiton by Scan The World