3D
Scan The World
4,404 views 145 downloads
Community Prints Add your picture
Be the first to share a picture of this printed object
0 comments

Monument Lodz Army is situated in Park Helenow in Lodz. Lodz Army was one of the Polish armies that took part in the Polish Defensive War of 1939. It was officially created on 23 March 1939 with th task of filling the gap between Army Poznan in the north and Army Krakow in the South. Commanded by Juliusz Rommel, it consisted of five infantry divisions and two cavalry brigades with support from the air force. 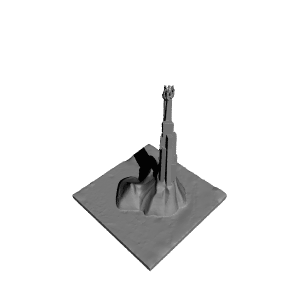 ×
0 collections where you can find Army, Lodz, Poland by Scan The World