3D
360°
Scan The World
2,050 views 81 downloads
2 collections
Community Prints Add your picture
Be the first to share a picture of this printed object
0 comments

As Chairman of the Arts Council, Goodman oversaw the establishment of the Southbank Centre. He was a Director of the Royal Opera House and Sadler's Wells and Master of University College, Oxford for a decade from 1976. He acted as lawyer to Prime Minister Harold Wilson.

The bust was created in 1988 by Sir Anthony Caro (1924-2013). Caro is widely regarded as Britain's greatest sculptor of recent times. He is known for his abstract constructions in welded steel, but from the mid-1980s he also made occasional figurative works. 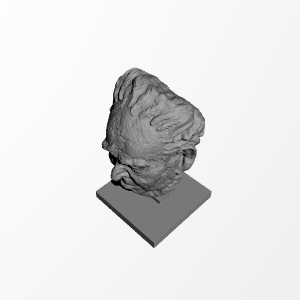 ×
2 collections where you can find Arnold Abraham Goodman, Baron Goodman by Scan The World