3D
Scan The World
2,372 views 105 downloads
Community Prints Add your picture
Be the first to share a picture of this printed object
0 comments

In Timisoara Rosengarten a bust of Arpad Mill (1870-1930) was unveiled. Wilhelm Mill (1845-1908) and his two sons, Arpad (1870-1930) and Wilhelm (1872-1901) were among the most important architects of the Banat florists and garden capital and its time at all. Although the design was certainly not an easy task, as between father and son was a pretty big similarity, it is the artist quite successful, highlighted the often subtle but important differences. His sculpture was deservedly general recognition. You can now, if you enter the rose garden on the main entrance, left and right to see the two busts that guard, so to speak "their" Rosengarten.

After the unveiling of the bust of an idea followed on the open-air stage at the Rose Park, which was attended by representatives of the very young as well as the "young at heart" generation. The varied and crafted with love program included Romanian, Hungarian and German folk dances. He worked in a wide variety of fields, he was part of enourmes accomplishments such as the Modern nursery company, Purveyor of three royal houses, Gern read specialist author and the  Tours of Timisoara Rosengarten.

On July 22, 1930 Arpad Mill died in his 60th year. Four days later he was buried in Timisoara. The poet and journalist Viktor Orendi-Hommenau writes in the afterword to the posthumously published by his poetry collection Arpad mills: "His funeral in Timisoara turned out to be an impressive mourning rally the whole population." Doris Simboteanu who held the grave speech on behalf of the Association of Rose's friends, made even then the proposal to erect a bust of Arpad Mill, as "a wistful, beautiful memory for all those who knew him, a pious precious keepsake for all that goes far beyond the country's borders appreciated him and honored, a poignant Back Remembering for future generations, if we all are no more. "After 84 years, their wish has come true. 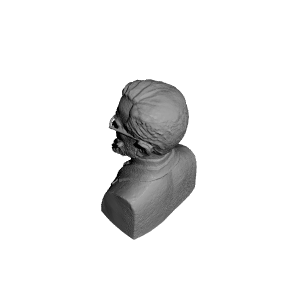 ×
0 collections where you can find Arpad Muhle in Timisoara, Romania by apllana