3D
Scan The World
2,408 views 97 downloads
Community Prints Add your picture
Be the first to share a picture of this printed object
0 comments

Greek artists represented Bendis, a goddess of Thrace, northern Greece, in the guise of Artemus the huntress. Her cult was introduced into Athens during the late 5th century BC. This terracotta figure of the goddess wears a soft, leather headdress of a type shown on representations of Thracians, Persians and Phrygians in Greek art.

"Artemis was one of the most widely venerated of the Ancient Greek deities. Her Roman equivalent is Diana. Some scholars believe that the name, and indeed the goddess herself, was originally pre-Greek. Homer refers to her as Artemis Agrotera, Potnia Theron: "Artemis of the wildland, Mistress of Animals". The Arcadians believed she was the daughter of Demeter. In the classical period of Greek mythology, Artemis was often described as the daughter of Zeus and Leto, and the twin sister of Apollo. She was the Hellenic goddess of the hunt, wild animals, wilderness, childbirth, virginity and protector of young girls, bringing and relieving disease in women; she often was depicted as a huntress carrying a bow and arrows. The deer and the cypress were sacred to her. In later Hellenistic times, she even assumed the ancient role of Eileithyia in aiding childbirth." 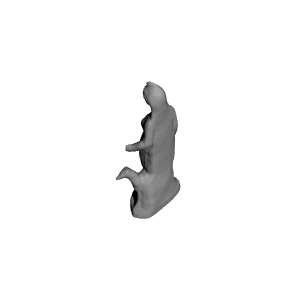 ×
0 collections where you can find Artemis Bendis at The British Museum, London by Scan The World