3D
Support Free Scan The World
3,558 views 166 downloads
Community Prints Add your picture
Be the first to share a picture of this printed object
0 comments

In Greek as well as Roman mythology, Hygieia (also Hygiea or Hygeia), was the daughter of the god of medicine, Asclepius, and Epione. She was the goddess/personification of health, cleanliness and hygiene.
Asclepius was a hero and god of medicine in ancient Greek religion and mythology. Asclepius represents the healing aspect of the medical arts; his daughters are Hygieia ("Hygiene", the goddess/personification of health, cleanliness, and sanitation), Iaso (the goddess of recuperation from illness), Aceso (the goddess of the healing process), Aglæa/Ægle (the goddess of beauty, splendor, glory, magnificence, and adornment), and Panacea (the goddess of universal remedy). He was associated with the Roman/Etruscan god Vediovis and the Egyptian Imhotep. He was one of Apollo's sons, sharing with Apollo the epithet Paean ("the Healer"). The rod of Asclepius, a snake-entwined staff, remains a symbol of medicine today. Those physicians and attendants who served this god were known as the Therapeutae of Asclepius.

Print standing up with a brim for stability. No support required. 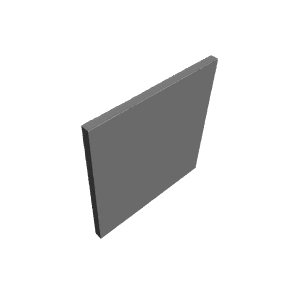