Asia at The Palace of Versailles, France

Asia at The Palace of Versailles, France

This piece is part of a series of sculptures personifying a continent. It is commonly found in countries (France, Liberty and Marianne for example) and continents (See The Albert Memorial in London on Scan the World for more information) and depicted by a woman. This one in particular depicts 'Asia', who holds in her left hand a pot of burning incense- familiar in the day of production as holding exotic spices and perfumes from the East. As her feet lies a turban. The sculpture was almost completely destroyed during a storm in 1999 and has now been replaced by a cast. 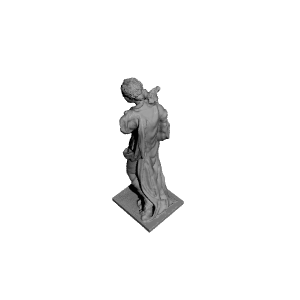 ×
2 collections where you can find Asia at The Palace of Versailles, France by Scan The World
×
Angel Spy
@Angel Spy
0
Printed on: Prusa i3 MK2 Kit
Material: PLA
Posted at: 03rd December 2020

eyes came out weird, but still looks good thou. painted and gonna be painted again on few parts.