3D
Scan The World
4,417 views 193 downloads
1 collection
Community Prints Add your picture
Be the first to share a picture of this printed object
1 comments

Embedded in all of us is the ability to recognise and read the human figure from scant visual information. In this work Burke has sought to depict a collective human presence with a series of defined spaces. Sixteen partial body moulds have been arranged as if coming together with the tightest concentration of figures in the middle of the group.

The material and forms draw on the artist's early involvement with engineering practice, and an appreciation of the aesthetic properties of functional engineering construction. The cast forms have been designed to be industrially produced and repeated to reflect the use of industrial production methods , and are bolted together using the convention for the joining of castings. Each figure is suggested by three out of the possible four assembled mould sections of a body cast, allowing the viewer visual entry and an opportunity to perceive it from the outside in, as if casting ones own body.

‘Assembly’ acknowledges that there is a tension between the reading of an image of the human form and the affect that the physicality of materials and process have on that understanding. The work was conceived as an assembly of persons, of parts, and spaces, which can finally be assembled by the viewer. 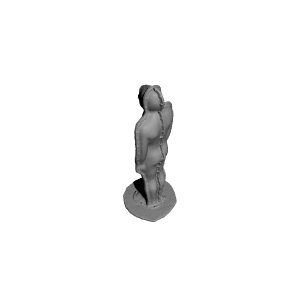 ×
1 collections where you can find Assembly at Woolwich Arsenal, London by Scan The World