3D
360°
1,027 views 49 downloads
1 collection
Community Prints Add your picture
Be the first to share a picture of this printed object
0 comments

I was looking for a somewhat realistic model of a neuron/brain cell to use as a christmas ornament, like a star. As I couldn't find anything suitable, I decided to create my own, based on this confocal microscopy picture of an astrocyte, by Gerry Shaw.

Astrocytes are (star-shaped) brain cells, but they are not neurons. Instead they are part of so-called glia. This particular one was grown in a tissue culture, so the flat shape is not totally unrealistic. I did simplify quite a bit, though, and took some liberties in giving the cell body some plasticity, that is not apparent from the photograph. 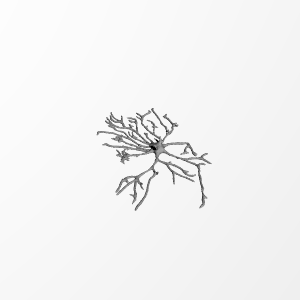 ×
1 collections where you can find Astrocyte Ornament by Meanwhile