3D
Scan The World
1,686 views 77 downloads
1 collection
Community Prints Add your picture
Be the first to share a picture of this printed object
0 comments

The goddess, wrapped in a himation ( cloack ), displays the aegis bordered with small snakes resting on her shoulder. This statue type is known from a large number of Roman copies, all modelled on a bronze prototype of the 4th Century B.C. The Statue was on display in the villa paired with a second example of the same type, now in the antiquarium at Harians's Villa. 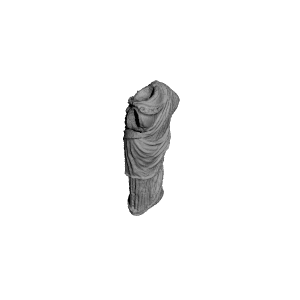 ×
1 collections where you can find Athena by Scan The World