3D
Scan The World
2,281 views 174 downloads
Community Prints Add your picture
Be the first to share a picture of this printed object
0 comments

This statue of Athena is sometimes called Hephaisteia because once taken for the cult statue in the Hephaesteum.
Here with a box containing the Erichthonius snake. Athena, often given the epithet Pallas, is the goddess of wisdom, craft, and war in ancient Greek religion and mythology. Minerva is the Roman goddess identified with Athena. Athena is known for her calm temperament, as she moves slowly to anger. She is noted to have only fought for just reasons, and would not fight without a purpose. 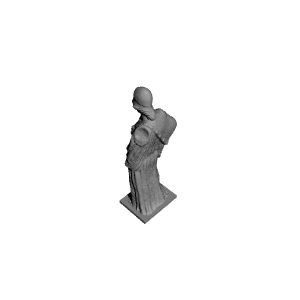