3D
Scan The World
1,037 views 38 downloads
Community Prints Add your picture
Be the first to share a picture of this printed object
0 comments

Athena was the Olympian goddess of wisdom and good counsel, war, the defence of towns, heroic endeavour, weaving, pottery and various other crafts. She was depicted as a stately woman armed with a shield and spear and wearing a long robe, crested helm, and the famed aigis--a snake-trimmed cape adorned with the monstrous visage of the Gorgon Medousa (Medusa). 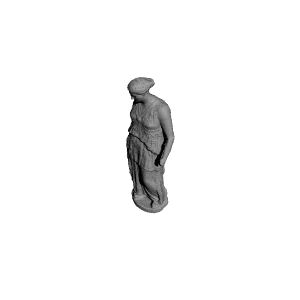