This statue is part of a series of ancient copies representing Athena cradling a cista (basket). A snake emerges from inside; it is a depiction of her son, Erichthonios, who was born of the seed of Hephaistos and regarded as the ancestor of the Athenians. Linked to the founding myths of Athens, the original was probably dedicated in a sanctuary in the city: it was perhaps the cult statue created around 420 BC for the temple of Hephaistos and Athena in the Agora and attributed to the sculptor Alkamenes. 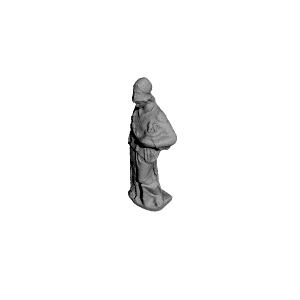 ×
0 collections where you can find Athena, known as "Athena holding a cista" by Scan The World