3D
5,063 views 263 downloads
1 collection
Community Prints Add your picture
Be the first to share a picture of this printed object
0 comments

The Falcons joined the NFL in 1965 as an expansion team, after the NFL offered then-owner Rankin Smith a franchise to keep him from joining the rival American Football League (AFL). The AFL instead granted a franchise to Miami, Florida (the Miami Dolphins). They are tied with the Dolphins (who also began play in 1966) for being the oldest NFL franchise in the Deep South, and are the oldest NFC team in said region. 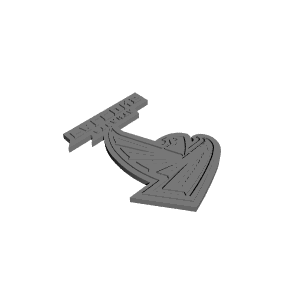 ×
1 collections where you can find Atlanta Falcons Logo by rozoom