3D
Scan The World
1,571 views 127 downloads
1 collection
Community Prints Add your picture
Be the first to share a picture of this printed object
0 comments

Augustus ruled as the first emperor of the Roman Empire from 31 BC. until 14 AD. The many similar portraits depicted here and the map reveal two peculiarities: unlike the republican portraits, Augustus wanted to show himself as a young ruler, preferably in the last corner of his empire. 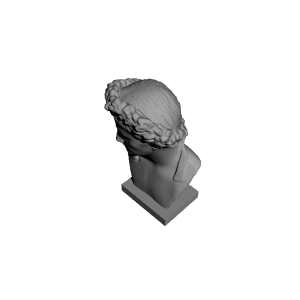 ×
1 collections where you can find Augustus by Scan The World