3D
Scan The World
2,284 views 67 downloads
Community Prints Add your picture
Be the first to share a picture of this printed object
0 comments

The Italian origins of some of the famous men celebrated in the Pincio gardens, particularly the earliest ones (Zeuxis, Archimedes, Pythagoras) could be seriously debated; nevertheless, including them in the series was motivated by good intentions. Although the fall of the centuries-old papal regime brought a breath of fresh air to the people's mentality, chauvinism was still deeply rooted in the late 1800s society: out of 228 personages, only three of them are female, namely St.Catherine of Siena (14th century), Italy's saint patron, Vittoria Colonna, a noblewoman and a poet who lived in the first half of the 1500s, and Grazia Deledda, a distinguished writer, winner of the Nobel Prize for literature in 1926.

Aurelio Saliceti (Mosciano Sant'Angelo, 1804 – Turin, 1862) was an Italian politician, lawyer and patriot, affiliate of the Risorgimento. He was among the first affiliates to Young Italy. In 1848 he was appointed by the Constitutional Government as Minister for Justice, a position from which he resigned a few days later, having failed to pass his reform plans. He went to Rome to fight in favor of theRoman Republic and was later sent in exile to London. There he lived as a poor man, but remained a committed patriot, now adhering to the Italian National Committee of Giuseppe Mazzini. He moved to Paris in 1851, where he withdrew from Mazzini to join a project intended to oust the Bourbons from Naples, and replace it with a descendant of Joachim Murat. He returned to Naples in 1860 and there held the chair of the Supreme Court and obtained a university chair. He died in 1862. 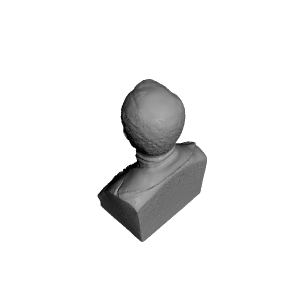 ×
0 collections where you can find Aurelio Saliceti at The Borghese Garden, Italy by Scan The World