3D
Scan The World
2,692 views 117 downloads
Community Prints Add your picture
Be the first to share a picture of this printed object
0 comments

'Do not waste time, learn and enlighten yourself!'

Badea Cârțan (roughly: Brother Cârțan – the common nickname of Gheorghe Cârțan; 24 January 1849 – 7 August 1911) was a self-taught ethnic Romanian shepherd who fought for the independence of the Romanians of Transylvania (then underHungarian rule inside Austria-Hungary), distributing Romanian-language books that he secretly brought from Romania to their villages. In all he smuggled some 200,000 books for pupils, priests, teachers and peasants; he used several routes to pass through the Făgăraş Mountains.

This bronze bust was made by Kurtfritz Handel in 1974. 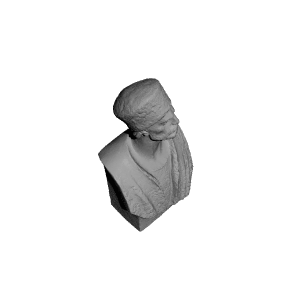 ×
0 collections where you can find Badea Cârțan at Astra Park, Sibiu by apllana