3D
Scan The World
2,399 views 105 downloads
3 collections
Community Prints Add your picture
Be the first to share a picture of this printed object
0 comments

This panel is from Palazzo Pola in Treviso, a rare survival from a domestic balcony. Part of the front facade, the splendid balcony would have been a gathering point for people within the building and a show of status to the outside world.

The panel depicts the legend of Saint George and the Dragon. The legend describes the saint taming and slaying a dragon that demanded human sacrifices; the saint thereby rescues the princess chosen as the next offering. The narrative is set in Cappadocia in the earliest sources of the 11th and 12th centuries but transferred to Libya in the 13th-century Golden Legend.

The narrative has pre-Christian origins (Jason and Medea, Perseus and Andromeda, Typhon, etc.), and is recorded in various saints' lives prior to its attribution to St George specifically. It was particularly attributed to Saint Theodore Tirion the 9th and 10th centuries and was first transferred to Saint George in the 11th century. The earliest narrative record of Saint George slaying a dragon is found in a Georgian text of the 11th century.

The legend and iconography spread rapidly through the Byzantine cultural sphere in the 12th century. It reached the Western Christian tradition still in the 12th century, via the crusades. The Knights of the First Crusade believed that St George with his fellow soldier-saints Demetrius, Maurice and Theodore had fought alongside them at Antioch and Jerusalem. The legend was popularised in western tradition in the 13th century based on its Latin versions in the Speculum Historiale and the Golden Legend. At first, limited to the courtly setting of Chivalric romance, the legend was popularised in the 13th century and became a favourite literary and pictorial subject in the Late Middle Ages and Renaissance, and it has become an integral part of the Christian traditions relating to Saint George both in Eastern and Western tradition.

The palace, built about 1490, carried a traditional attribution to Pietro Lombardo (Paoletti, 1893, II, p.229). Pietro's shop was active in Treviso from 1486 and executed a number of sculptural and architectural projects, among them the monument to Bishop Zanetti in the Cathedral and the tomb of Agostino Onigo in San Nicolo. The Place balconies have a strong stylistic affinity with these Trevisian works, however, Boucher points to elaborately carved altar railings in Santa Maria dei Miracoli in Venice, designed by Pietro and constructed between 1481 and 1489 as the most obvious influence on the design of the balcony panels which he attributes to the workshop of Pietro.
Carved balconies have survived most frequently in churches in Venice, like the galleries of St Mark's, one splendid secular example which still exists in situ can be seen from the Grand Canal on the facade of the Palazzo Containing-Fasan, also datable to the last quarter of the fifteenth century.

Pietro Lombardo born Carona (about 1435; died Venice, June 1515) was a leading sculptor and architect of Venice in the late 15th century, known for his significant contribution to the Renaissance in that city. He was the father of Tullio and Antonio, both respected sculptors of the time. Pietro supervised the building of the Cappella Maggiore and its cupola for Treviso Cathedral, begun by 1485 or 1486. When the dome collapsed in 1486, Pietro promised to entrust its rebuilding to a capable architect, who in an agreement of 1488 was identified as his son Tullio. Pietro’s other architectural commissions were for major Venetian buildings: S Maria dei Miracoli and the Scuola Grande di S Marco. In his last years, Pietro seems to have been active mainly in conjunction with his sons on commissions in which they were the principals. He helped to supervise the construction of the chapel of the Holy Sacrament, designed by Antonio, in Treviso Cathedral, and that by Tullio at S Salvatore in Venice; he played a more limited role in Antonio’s work on the Zen Chapel in S Marco. In 1514 Pietro served as the head of the stonemasons’ guild in Venice, an indication of the pre-eminent position he held in Venetian architecture even in his last years. 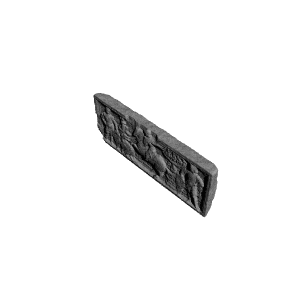