The Fountain des Innocents is a public monument situated in Les Halles district in Paris. It was originally called The Fountain of the Nymphs and it was built between 1547 and 1550 in the new style of the French Renaissance. This is recognized as the oldest monumental fountain in Paris.

This fountain was built as a commemorative piece honouring Henry II. It was meant to be only temporary and to be installed for a procession but once the procession had passed it was kept as a communal fountain for the citizens.

This particular piece depicts the nymphs on the side of the fountain. 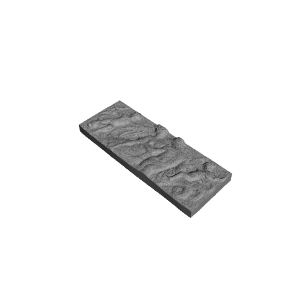