Base and colonnette with an integral capital

3D
Scan The World
1,940 views 75 downloads
Community Prints Add your picture
Be the first to share a picture of this printed object
0 comments

Base and colonnette with an integral capital

The Early Christian or Protobyzantine period (4th-7th c.) begins with the founding of Constantinople by Constantine the Great in 330 and the transfer there from Rome of the capital of the Roman Empire. This eastward shift of the Empire's centre of gravity, as also the adoption of Christianity as the official state religion, changed the face of the Empire, emphasizing its religious dimension. It was a gradual change, and aspects of the previous period still permeated all sectors of life. 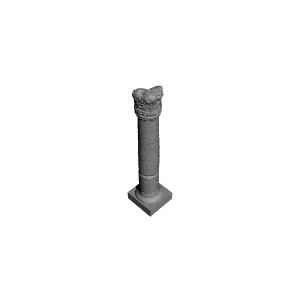