3D
Scan The World
1,971 views 67 downloads
Community Prints Add your picture
Be the first to share a picture of this printed object
0 comments

It was a gift from Gudea, the governor of Lagash, to the temple of the Gof Ningirsu.

In relief is depicted the scene of a winged goddess reaching down from the sky and holding in both hands a round based vessel from which water overflows and mixes with the water erupting and overflowing from a similar vessel held by two goddesses below. This scene is repetitously depicted seven times round the basin. 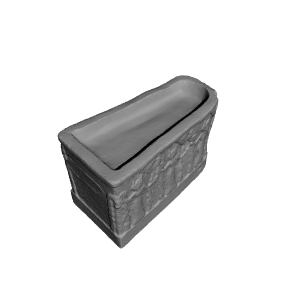