3D
Scan The World
2,009 views 97 downloads
Community Prints Add your picture
Be the first to share a picture of this printed object
0 comments

At the age of 13, Greco was apprenticed to a stonemason, and he later studied at the Academy of Art in Palermo. Though he began exhibiting in Rome in 1943, he was not well-established until after World War II. His first solo exhibition was held in 1946, and in 1948 he became a teaching assistant at the Artistic Secondary School in Rome.

His subject matter varied little throughout his career. In their refined, elongated forms and assertive balance, his sculpted figures reflect the Mannerist tradition in Italian art(e.g., “Bather No. 2,” 1956–57). The expressive, luminous surface treatment in some pieces, however, strikes a clear parallel with the work of Giacomo Manzù and Marino Marini. He designed one of the bronze doors of the Cathedral at Orvieto (1961–64) and the monument to Pope John XXIII in Saint Peter’s (1965–67). In 1974 a Greco Garden, dedicated to his works, was opened at the Open Air Museum, Hakone, Japan. In 1991 a group of Greco’s works, donated by the artist to the city of Orvieto, was placed on permanent exposition at the Palazzo Soliano. 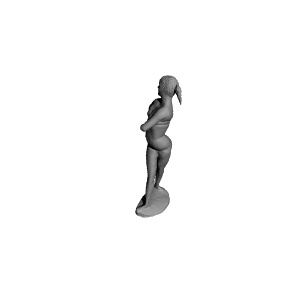 ×
0 collections where you can find Bather in Brussels, Belgium by Scan The World