3D
Scan The World
2,918 views 222 downloads
2 collections
Community Prints Add your picture
Be the first to share a picture of this printed object
0 comments

Statue of bathing Aphrodite and Eros. Roman, after a Greek original of the second half of the 3rd century BC. In Greek mythology, Aphrodite was the Goddess of Love and Beauty and Eros was her son. Their equivalents in the Roman pantheon are Venus and Cupid. Found in the collection of The Hermitage, St Petersburg. 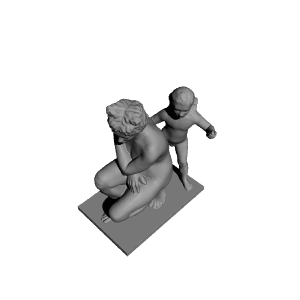