3D
Scan The World
3,058 views 85 downloads
1 collection
Community Prints Add your picture
Be the first to share a picture of this printed object
0 comments

This sculpture is by Alfred-Alphonse Bottiau (1889–1951) who was a French sculptor. He was born in Valenciennes, and after early studies in his home town he studied in Paris under Jean Antoine Injalbert and was runner-up for the Prix de Rome for sculpture in 1919. Bottiau had joined the army in 1910 and served until 1919. He was director of the Écoles Académiques de Valenciennes from 1946 to 1951. 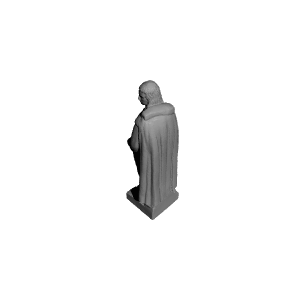 ×
1 collections where you can find Batiste in Cambrai, France by Scan The World