3D
14,179 views 2,849 downloads
13 collections
Community Prints Add your picture
Be the first to share a picture of this printed object
2 comments

This simple model of mine is inspired by the bat weapon called batarang or baterang.

A batarang is a roughly bat-shaped throwing weapon used by the DC Comics superhero Batman. The name is a portmanteau of bat and boomerang, and was originally spelled baterang. Although they are named after boomerangs, batarangs have become more like shuriken in recent interpretations. They have since become a staple of Batman's arsenal, appearing in every major Batman television and movie adaptation to date. Recent interpretations of the Dark Knight finds additional motivation to use the batarang as a ranged attack (alternative to firearms, which he rejects outright due to the circumstances of his parents' murder) and is used primarily to knock guns out of an assailant's hand. 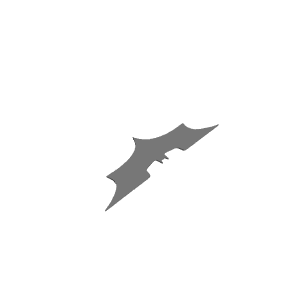 ×
13 collections where you can find Batarang by YiSun