3D
6,099 views 419 downloads
4 collections
Community Prints Add your picture
Be the first to share a picture of this printed object
0 comments

Triceratops is a genus of herbivorous dinosaur that first appeared during the late Cretaceous period, about 68 million years ago in what is now North America. Bearing a large bony frill and three horns on its large four-legged body, and conjuring similarities with the modern rhinoceros, Triceratops is one of the most recognizable of all dinosaurs. 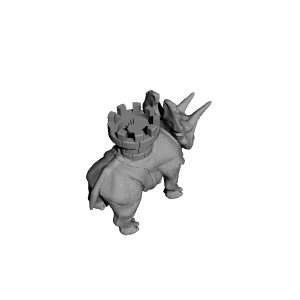 ×
4 collections where you can find Battle Dinosaur by desoiza