3D
Scan The World
5,639 views 457 downloads
2 collections
Community Prints Add your picture
Be the first to share a picture of this printed object
0 comments

It is quite complex model, it should be print big enough, otherwise, it can be broken when supports cleaning, critical parts of model are bow and arrow. It should be clean gently and carefully. Enjoy your print. 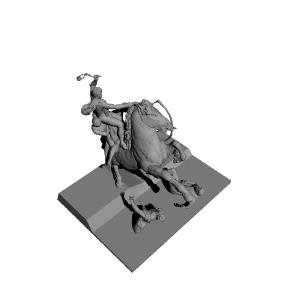 ×
2 collections where you can find Bayard in Ghent, Belgium by Scan The World