3D
360°
4,962 views 209 downloads
9 collections
Community Prints Add your picture
Be the first to share a picture of this printed object
2 comments

Send Message to DIY Beyond 3D

I decided to built a 3D printer from leftover parts of other printers and buy as least as possible new parts. So, yes, I know it could've been designed better from scratch, but the idea was to build it with parts at hand. Also wanted to be like Prusa mini and Zaribo machines.

I used parts of broken Ender2 (PSU, motors, pulleys), rods and 3 frames, only extrusions, from Prusa MK3S ( I upgraded them to Zaribo 220 MK3S) they were left from the upgrade.

3D printed parts were designed in Fusion360, some redesigned from Prusa and Zaribo STEP files on Thingiverse just to fit the parts I had at home. I only needed to buy the board and the lcd, which is a combo of SKR mini E3 and TFT35 E3 v3.0 .

Configuring the Marlin was the hardest thing for me, I've never done it before, so I watched a lot of youtube videos and the credit mostly goes to Chris from Chris Basement. Thank you Chris.

This Printer has 2 mayor advantages over Prusa mini:

Just export from STEP file to STL the parts you want, or modify them first ;) 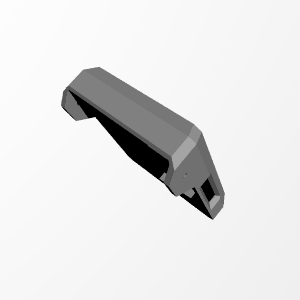