3D
Scan The World
2,108 views 106 downloads
1 collection
Community Prints Add your picture
Be the first to share a picture of this printed object
0 comments

The bean goose is a goose that breeds in northern Europe and Asia. It has two distinct varieties, one inhabiting taiga habitats and one inhabiting tundra. These are recognised as separate species by the American Ornithologists' Union, but are considered a single species by other authorities, such as the British Ornithologists' Union. It is migratory and winters further south in Europe and Asia.

The voice is a loud honking, higher pitched in the smaller subspecies.

The closely related pink-footed goose (A. brachyrhynchus) has the bill short, bright pink in the middle, and the feet also pink, the upper wing-coverts being nearly of the same bluish-grey as in the greylag goose. In size and bill structure, it is very similar to Anser fabalis rossicus, and in the past was often treated as a sixth subspecies of bean goose. 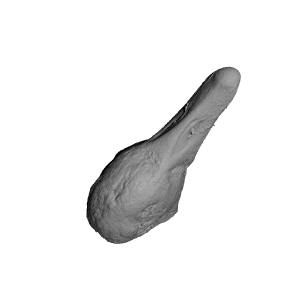 ×
1 collections where you can find Bean Goose head by NaturalHistoryMuseum