3D
360°
Scan The World
1,679 views 65 downloads
1 collection
Community Prints Add your picture
Be the first to share a picture of this printed object
0 comments

The Bear of Porcuna, dating from the 1st Century BC, is a sculpture from the Iberian period and was specifically carved in the village of Túrdulo. The work was found in an archaeological site in Porcuna, an anceint Iberian city called Ipolca, now currently in the municipality of the province of Paén in Andalusia (Spain).

The bear, with the Iberian iconography of being an animal of the funerary type, is seated and has its left front leg parised on a Herm.

This sculpture combines a classical Italian construction element - the herm (a pillar bearing a carved head) - and Iberian iconography, in this case a funerary animal with its left paw on the human head. 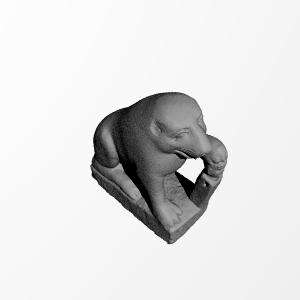 ×
1 collections where you can find Bear of Porcuna by CEG