3D
Scan The World
1,823 views 48 downloads
Community Prints Add your picture
Be the first to share a picture of this printed object
0 comments

Cesare Bonesana-Beccaria, Marquis of Gualdrasco and Villareggio (15 March 1738 – 28 November 1794) was an Italian criminologist, jurist, philosopher, and politician, who is widely considered as the most talented jurist and one of the greatest thinkers of the Age of Enlightenment. Recognized to be one of the fathers of classical criminal theory and modern penology, he is well remembered for his treatise On Crimes and Punishments (1764), which condemned torture and the death penalty, and was a founding work in the field of penology and the Classical School of criminology by promoting criminal justice.

Cesare Beccaria's works had a profound influence on the Founding Fathers of the United States. 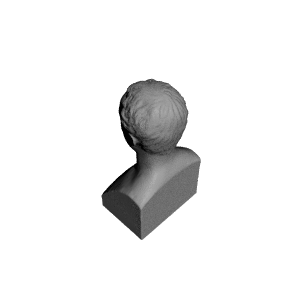 ×
0 collections where you can find Cesare Beccaria at The Borghese Garden, Italy by Scan The World