3D
Scan The World
4,415 views 203 downloads
2 collections
Community Prints Add your picture
Be the first to share a picture of this printed object
0 comments

Klinger was born in Leipzig and studied in Karlsruhe. An admirer of the etchings of Menzel and Goya, he shortly became a skilled and imaginative engraver in his own right. He began creating sculptures in the early 1880s. From 1883–1893 he lived in Rome, and became increasingly influenced by the Italian Renaissance and antiquity.

This is a very nicely detailed print that requires supports. 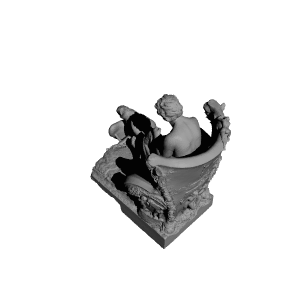 ×
2 collections where you can find Beethoven at the Künste Leipzig Museum, Germany by Threedscans