3D
Scan The World
3,588 views 112 downloads
Community Prints Add your picture
Be the first to share a picture of this printed object
0 comments

Béla Viktor János Bartók  (1881 -1945) was a Hungarian composer and pianist. He also Considered one of the Most Important composers of the 20th century; he and Liszt are regarde as Hungary's greatest composers. Through his collection and analytical study of folk music, he was one of the founders of comparative Musicology, which Became later Ethnomusicology.

Bartók's music reflects two trends that dramatically changed the sound of music in the 20th century: the breakdown of the diatonic system of harmony that had served composers for the previous two hundred years; and the revival of nationalism as a source for musical inspiration, a trend that began with Mikhail Glinka and Antonín Dvořák in the last half of the 19th century (Einstein 1947, 332). In his search for new forms of tonality, Bartók turned to Hungarian folk music, as well as to other folk music of the Carpathian Basinand even of Algeria and Turkey; in so doing he became influential in that stream of modernism which exploited indigenous music and techniques.

One characteristic style of music is his Night music, which he used mostly in slow movements of multi-movement ensemble or orchestral compositions in his mature period. It is characterised by "eerie dissonances providing a backdrop to sounds of nature and lonely melodies". An example is the third movement (Adagio) of his Music for Strings, Percussion and Celesta.

Although Bartók claimed in his writings that his music was always tonal, he rarely uses the chords or scales of tonality, and so the descriptive resources of tonal theory are of limited use. George Perle (1955) and Elliott Antokoletz (1984) focus on alternative methods of signaling tonal centers, via axes of inversional symmetry. Others view Bartók's axes of symmetry in terms of atonal analytic protocols. Richard Cohn (1988) argues that inversional symmetry is often a byproduct of another atonal procedure, the formation of chords from transpositionally related dyads. Atonal pitch-class theory also furnishes the resources for exploringpolymodal chromaticism, projected sets, privileged patterns, and large set types used as source sets such as the equal tempered twelve tone aggregate, octatonic scale (and alpha chord), the diatonic and heptatonia secunda seven-note scales, and less often the whole tone scale and the primary pentatonic collection.

Easy print with supports on front 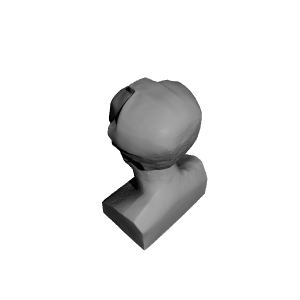 ×
0 collections where you can find Bela Bartok in Timisoara, Romania by apllana