The Torre de Belém is a fortified tower located in the municipality of Lisbon, capital of Portugal. It is a UNESCO World Heritage Site because of the significant role it played in the Portuguese maritime discoveries of the era of the Age of Discoveries. The tower was commissioned by King John II to be part of a defence system at the mouth of the Tagus river and a ceremonial gateway to Lisbon. The tower was built in the early 16th century and is a prominent example of the Portuguese Manueline style, but it also incorporates hints of other architectural styles, such as moorish (Wikipedia).

MiniWorld is excited to bring this charming model to life. This model represents Portugal in our Russia 2018 FIFA World Cup Collection and was made from scratch by hand and brain in Autodesk Fusion 360 by collaborator Brian Mauricio Sánchez, please give credit, it's all about spreading culture and education! 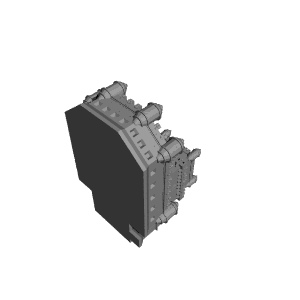 ×
6 collections where you can find Belem Tower, Lisbon - Portugal by MiniWorld
×
Michael Linder
@achildrenmile
6
Printed on: Prusa i3 MK3
Material: PLA
Posted at: 12th May 2019

Great architecture design! Thanks for sharing! Printed on #prusamk3 with vanilla white #prusament from @josefprusa.