In 1879, the City of Paris organised a competition to create an image to represent the French Republic. Rodin submitted a portrait bust of his life companion Rose Beuret, showing her in a fit of rage. This grumpy, surly and obstinate French republic was the very opposite of what was expected, and Rodin lost the competition. But his bust soon won admiration and was cut in marble and cast in several copies. 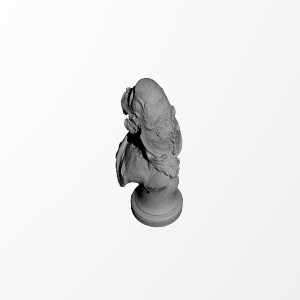