Belt tongue with relief of a soldier and horse at The Gallo-Roman Museum in Tongeren, Belgium

3D
Support Free Scan The World
2,994 views 90 downloads
3 collections
Community Prints Add your picture
Be the first to share a picture of this printed object
0 comments

Belt tongue with relief of a soldier and horse at The Gallo-Roman Museum in Tongeren, Belgium

This belt 'tongue' would have been attached to the end of a belt to strengthen the leather. On one side of this artifact is a relief depicting a soldier in military outfit with two doves overhead. The other side shows him as a rider with a spear in hand (unseen). From the inscription, Viventivs is likely to be the name of the soldier.

This belt tongue was found in a grave. In the graves of German soldiers they would often be accompanied with their armour. It is an expression of a warlike culture. This soldier probably served with the auxiliary troops or militia of the Roman legel to defend against invading German 'Tongeren'. 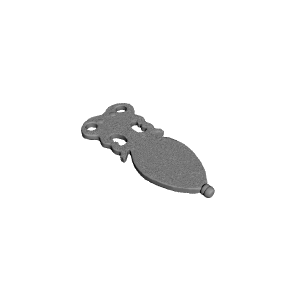 ×
3 collections where you can find Belt tongue with relief of a soldier and horse at The Gallo-Roman Museum in Tongeren, Belgium by Scan The World