3D
Scan The World
3,240 views 178 downloads
Community Prints Add your picture
Be the first to share a picture of this printed object
0 comments

Gyula Benczúr (1844–1920) was a Hungarian painter and pedagogue. He won international success with his first few paintings, winning several competitions. He assisted Karl von Piloty with the frescoes of Maximilianeum and Rathaus in Munich. He also illustrated books by the great German writer,Friedrich Schiller. He was commissioned by the Bavarian king Ludwig II to paint Rococo themes. Later he was offered numerous international teaching positions, including offers in Prague and Weimar, but accepted a position in Munich, one of his most distinguished pupils being the Swiss-born American painter Adolfo Müller-Ury. Benczúr was later a favorite among the Hungarian upper-class, painting numerous portraits of kings and aristocrats. He was considered a rival in historical painting to Hans Makart. During his lifetime, Benczúr won numerous awards. His self-portrait is in the Uffizi Gallery in Florence. 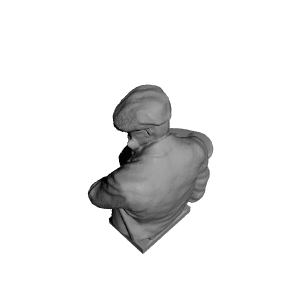 ×
0 collections where you can find Benczúr Gyula Bust in Szeged, Hungary by Scan The World