3D
Scan The World
2,806 views 99 downloads
1 collection
Community Prints Add your picture
Be the first to share a picture of this printed object
0 comments

This text, commonly referred to as the Shabaka stone, was inscribed by order of King Shabaka to preserve its contents for eternity. It contains an account of the creation of the world in which Ptah, chief god of Memphis, plays a decisive role. The text has been damaged by use of the slab as a mill-stone in later times. It was created out of black basalt in the Twenty-Fifth Dynasty, about 710BC. 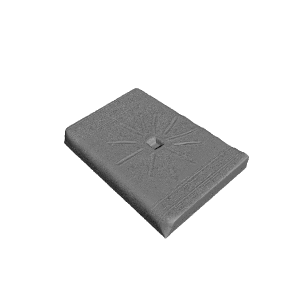 ×
1 collections where you can find Black Basalt Mythological Text at The British Museum, London by Scan The World