3D
Scan The World
2,028 views 67 downloads
Community Prints Add your picture
Be the first to share a picture of this printed object
0 comments

Bálint Sándor (Szeged, August 1st 1904 - Budapest, May 10th 1980) was a Hungarian art historian and ethnographer of "The legszögedibb Szögedi". He was one of the most well known and celebrated 20th Century Hungarian ethnographers and a great figure in folklore, he also stood in parliament for a short period of time. His main area of research was of the ethnography of the Great Plains and the religious and popular traditions in Szeged. This statue was made in memory of him as is on public display outside of the Pantheon of Szeged.

Easy print with many supports. 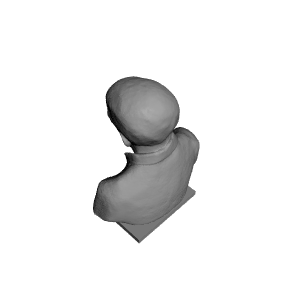 ×
0 collections where you can find Bálint Sándor Bust in Szeged, Hungary by Scan The World