3D
Scan The World
2,464 views 117 downloads
Community Prints Add your picture
Be the first to share a picture of this printed object
0 comments

direct link to the object

This octagonal jar shows the tradition of porcelains during the middle of the Chosun Dynasty. A horizontal line is drawn around the neck of the jar using a faint blue color, unknown leaves are drawn on the slanted shoulder, and 'Chilbomuns' are drawn on the octogonal body. A grey-colored glaze with a light-blue tone was applied, and there are some visible cracks which are made when cutting the surface of the jar.

A kitchen appliance is designed based on the octagonal jar. It replicated the line, leaves, and 'chilbomuns' same as the original as well as its overall shape. Such octagonal jars are rarely used these days, but this jar replica gives a unique visual pleasure. 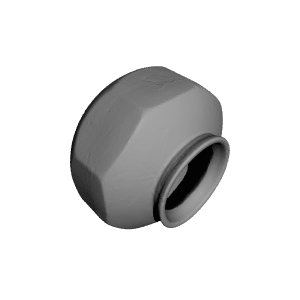 ×
0 collections where you can find Porcelain jug by 3dupndown