3D
Scan The World
2,680 views 94 downloads
1 collection
Community Prints Add your picture
Be the first to share a picture of this printed object
0 comments

Forr years this building provided a dignified presence on the edge of the railroad yard that would eventually be decked over to become Millennium Park. It looked out over Grant Park and the Loop with its blue glass and white accents reminding the office workers of the wonders of the great lake that lie just beyond. That placid harmony with its surroundings was shattered in 2007. On purpose. Many buildings in Chicago have aspirations to reach higher than they do. This is one of the few that actually attained its goal. In 2007 a project was started to add another 24 stories of offices on top of the 33 already built. The skyscraper was designed from the start for this kind of expansion. Blue Cross and Blue Shield of Illinois knew it would eventually be necessary. But the details were little more than a footnote in an archive, or a bit of trivia on a skyscraper nerd's web site for a decade. The vertical extension cost $270,000,000 -- a little over $10 million per floor, and was more than a little complicated. First, a small derrick was brought to the roof piece-by-piece. Once installed, it was used to lift up the pieces of a larger derrick that was assembled on the roof. The larger machine was then used to disassemble the smaller one and lower it back to the ground. When that was done, the remaining derrick was used to lift the pieces of the first crane to the roof where it was assembled. The derrick was then moved and used to bring up the second crane. It is remarkable that the upward expansion was needed so soon. Other buildings in the area have waited decades ready to be expanded, with no hint of that progress ever being made. The fact that this tower is increasing in stature will once again make it a bit of trivia. At the time the original building was completed, it was a stately presence on East Randolph Street. But as the world progressed around it, the tower became less and less prominent. The final insult came with the 2007 completion of 340 On The Park, a 64-story residential tower next door that was double the size of the BCBS Tower. Adding another 24 stories won't bring this skyscraper head and shoulders above the rest of its neighbors, but it will at least no longer look like the runt of the litter. The best views of this building are actually from the back. And at night. This is how you can appreciate the structure of the building. It features a massive central atrium that is clearly visible through the glass in the darkness. You can sit in Lake Shore Park and watch the internal elevators whiz up and down the edges of the atrium serving the workers toiling long into the night. That atrium is surrounded on three sides by banks of offices. The arrangement is similar to the classic light well common in many Chicago buildings built around the turn of the 20th century. People in the offices are able to get light from all sides, even if they are deep within the center of the structure. 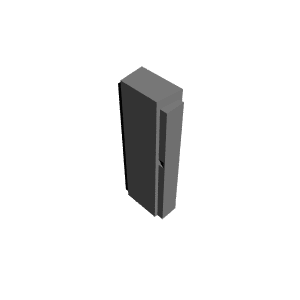 ×
1 collections where you can find Blue Cross Blue Shield of Illinois Tower in Chicago, Illinois by jkurstin22