3D
360°
Scan The World
2,583 views 58 downloads
1 collection
Community Prints Add your picture
Be the first to share a picture of this printed object
0 comments

Souvenir from Santa Cruz Beach Boardwalk. Hitler skunks were post-war political figurines, often made out of chalk or cast iron, in the shape of a skunk with Adolf Hitler's head. The names Mussolini and Hiro Hito would sometimes be written on the tail, with an arrow pointing to the "butthole". These skunks were often won at 1940s style carnivals. 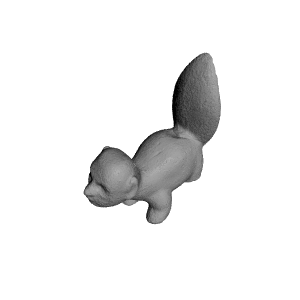