The Gardens, directly behind the Pitti Palace, the main seat of the Medici grand dukes of Tuscany at Florence, are some of the first and most familiar formal 16th-century Italian gardens. The mid-16th-century garden style, as it was developed here, incorporated longer axial developments, wide gravel avenues, a considerable "built" element of stone, the lavish employment of statuary and fountains, and a proliferation of detail, coordinated in semi-private and public spaces that were informed by classical accents: grottos, nympheums, garden temples and the like. The openness of the garden, with an expansive view of the city, was unconventional for its time. The gardens were very lavish, considering no access was allowed to anyone outside the immediate Medici family, and no entertainment or parties ever took place in the gardens. 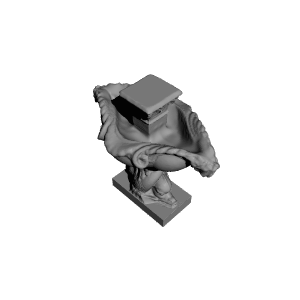