3D
Scan The World
2,126 views 82 downloads
1 collection
Community Prints Add your picture
Be the first to share a picture of this printed object
0 comments

Avalokiteśvara ("Lord who looks down") is a bodhisattva who embodies thecompassion of all Buddhas. This bodhisattva is variably depicted and described and is portrayed in different cultures as either female or male. In Chinese Buddhism Avalokiteśvara has become the somewhat different female figure Guanyin. In Cambodia, he appears as Lokeśvara.

Avalokiteśvara is one of the more widely revered bodhisattvas in mainstream Mahayana Buddhism, as well as unofficially in Theravada Buddhism. 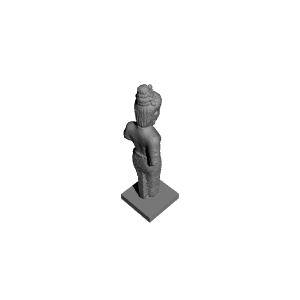 ×
1 collections where you can find Bodhisattva Lokesvara at The Guimet Museum, Paris by Scan The World