3D
7,904 views 510 downloads
2 collections
Community Prints Add your picture
Be the first to share a picture of this printed object
0 comments

Alexander Boris de Pfeffel Johnson (born 19 June 1964) is a British politician who has served as Mayor of London since 2008. Initially coming to public attention as a journalist, he became editor of The Spectator in 1999, then later served as the Member of Parliament forHenley from 2001 until 2008. A member of the Conservative Party, Johnson describes himself as a One Nation Conservative and has been associated with both economically liberal and socially liberal policies.

Born in New York City to middle-class English parentage, Johnson was educated at the European School of Brussels, Ashdown House School, and Eton College. He read Classics at Balliol College, Oxford, where he was a member of the Bullingdon Club and was electedPresident of the Oxford Union in 1986. Beginning his career in journalism at The Times, he soon moved to The Daily Telegraph; as the newspaper's Brussels correspondent his articles were a strong influence on growing Eurosceptic sentiment among the British right-wing. He became Assistant Editor from 1994 to 1999 before taking editorship of The Spectator, a position he held until 2005. Joining the Conservatives, he was elected MP for Henley in 2001. During his period in the House of Commons, Johnson became one of the most conspicuous politicians in the country, authoring books and making regular television appearances. Under Conservative leaders Michael Howard and David Cameron, Johnson served on the opposition front bench, first as Shadow Minister for Culture, Communications and Creative Industries and then for Higher Education.

Selected as Conservative candidate for the 2008 London mayoral election, Johnson defeated Labour incumbent Ken Livingstone to become Mayor, resigning his seat in parliament. During his first term, he banned alcohol on public transport and oversaw the 2012 London Olympic Games. In 2012, he was re-elected as Mayor, again defeating Livingstone.[1] On 12 September 2014, Johnson was adopted as the Conservative Party candidate for MP for Uxbridge and South Ruislip in the 2015 general election.[2]

Johnson is a controversial figure in British politics and journalism. Supporters praised him as an entertaining and popular figure, while critics accused him of racism and homophobia, laziness, and dishonest reporting. He is the subject of several biographies and a number of fictionalised portrayals. 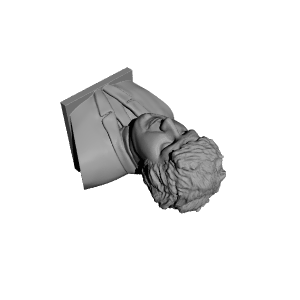 ×
2 collections where you can find Boris Johnson by Stefanos