3D
Featured Scan The World
4,039 views 386 downloads
1 collection
Community Prints Add your picture
Be the first to share a picture of this printed object
0 comments

This is one of four reliefs (a second, also available here) representing the seasons by French sculptor Edme Bouchardon (1698-1762). The reliefs are neither signed nor dates by they are easily identified as replicas at reduced scale of those on Bouchardon's celebrated monumental fountain in the rue de Grenelle in paris. Commissioned in 1735 and finished in 1745.

This is a detail from the Autumn panel of the Four Seasons Fountain. This was created from the Bouchardon exhibition at The Getty Museum in Los Angeles California. 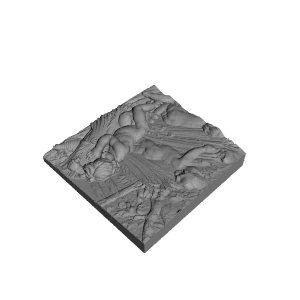