The bronze Boxer at Rest, also known as the Terme Boxer or Boxer of the Quirinal, is a Hellenistic Greek sculpture of a sitting nude boxer at rest, still wearing his caestus, a type of leather hand-wrap. It has been given various dates within the period of about 330 to 50 BCE. It was excavated in Rome in 1885, and is now in the collection of the National Museum of Rome, normally displayed in the Palazzo Massimo alle Terme.

The Boxer at Rest is one of the finest examples of bronze sculptures to have survived from the ancient world; survivals from the period are rare, as they were easily melted down and transformed into new objects. The work comes from a period in Greek art where there is a movement away from idealised heroic depictions of the body and youth, and an exploration of emotional themes and greater realism.

The statue was excavated in Rome in 1885 on the south slope of the Quirinal Hill near the ancient Baths of Constantine, where it is thought to have been displayed. The sculpture was buried intentionally in late antiquity, possibly to preserve it against the barbarian invasions that ravaged Rome in the fifth century A.D. The broad-shouldered, lanky pugilist is shown seated, resting after a match. His gloves—which are highly detailed—identify him as a boxer.

The athlete’s many head wounds are consistent with ancient boxing techniques, in which the head was the main target. The copper inlays, indicating blood, heighten the effect. The boxer’s right eye is swollen, his nose is broken, and he breathes through his mouth, probably because his nostrils are blocked by blood. His scarred lips are sunken, suggesting missing teeth. The ears, swollen from blows, indicate possible hearing loss. Drops of blood from the wounds on his head have trickled down his right arm and leg. Wear on the foot and hands suggests that they were touched frequently in antiquity, possibly in veneration.

Because the iconography is related to statues of Herakles sculpted by Lysippos in the fourth century B.C., the Boxer at Rest may have been meant to celebrate a mythical—or real—boxer, who was glorified for his endurance and courage. Scholars have long debated the date of the statue, placing it anywhere from the middle of the fourth century B.C. to the middle of the first century B.C. The sculpture is an exceptional work in bronze from the Hellenistic period (323–31 B.C.) and is of outstanding artistry.

Collection and optimization of data:

This model was constructed using two types of 3D scanning from two variants of the sculpture. Structured Light scanning was used for a plaster copy of the sculpture at The University of Cambridge's Faculty of Classics, and photogrammetry for the original at the Museo delle Terme, Rome. These two sections of scan data were merged and made printable by Vilius Juodziukynas. 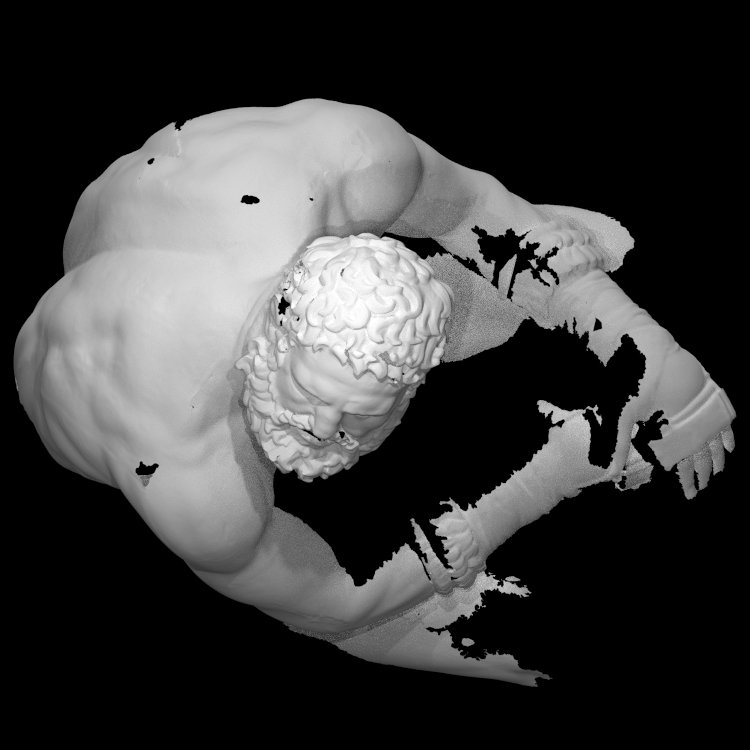 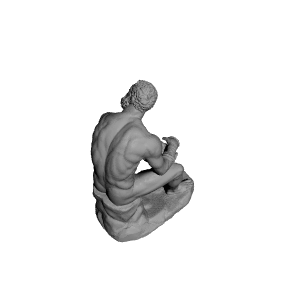 ×
11 collections where you can find Boxer at Rest by Scan The World
×
Eric
@nosbire
5
Printed on: Creality Ender 3
Material: PLA
Posted at: 27th May 2022

Thank you for uploading this, it looks beautiful! Took approximately 18 hours on an Ender 3, line on the upper arms is due to a filament jam.