3D
360°
Scan The World
2,527 views 326 downloads
2 collections
Community Prints Add your picture
Be the first to share a picture of this printed object
0 comments

The statue is first mentioned as part of the collection of the French Cardinal Melchior de Polignac. From 1724 to 1731, the cardinal resided as ambassador of Louis XV at Rome. During this period he established a comprehensive collection of antiquities. He even conducted excavations himself in order to obtain sculptures, although many of the objects were purchased at the antiquities market in Rome. Therefore it is very likely that the statue was excavated in Rome or its surroundings and subsequently restored in a Roman sculptor's workshop.

The cardinal transferred his collection to Paris, where it was exhibited in his residence since 1734. A collection inventory dated 1738 lists the statue as "enfant, tenant des osselets". After Polignac's death, Frederick II of Prussia acquired the entire collection of sculptures. The boy with astragals was displayed in the castle Charlottenburg until 1830, when it was moved to the newly inaugurated Royal Museum in Berlin, the present Altes Museum. At that time the porcelain label was attached to the plinth, - its number 120 corresponds to the numbering system of the Berlin Museum's first catalogue published in 1832. In 1922, the Berlin Museums sold the sculpture on the art market, from where it was bequeathed by Béla Fogarasi to the Szépművészeti Múzeum. 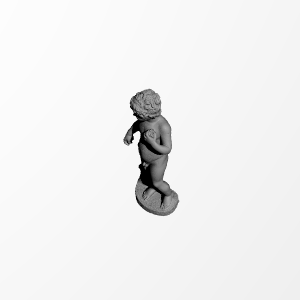 ×
2 collections where you can find Boy with Astragals by artsomnia.art