3D
360°
Scan The World
1,504 views 73 downloads
3 collections
Community Prints Add your picture
Be the first to share a picture of this printed object
0 comments

This brick is decorated with a stamped design of geometric motifs and standing figures with captions describing them as officials in charge of guarding the tomb doors. It was part of the doorway of a grave. During the Han dynasty (206 BC- AD 220) the structure of burial sites was intended to mimic the architectural elements of a house, such as pillars, rafters, doorways or tile ends. This brick was made of four slabs of baked clay, with openings at both ends; traces of clay used to strengthen the interior and fingerprints are still visible. 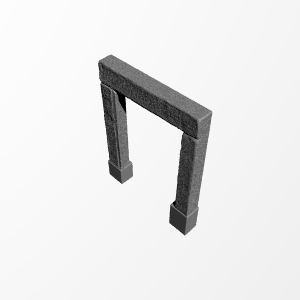