3D
Scan The World
2,916 views 98 downloads
Community Prints Add your picture
Be the first to share a picture of this printed object
0 comments

The Victorious Youth, referred to in Italian sources as the Atleta di Fano, is a Greek bronze sculpture, made between 300 and 100 BCE, in the collections of the J. Paul Getty Museum, Pacific Palisades, California. On its first rediscovery Bernard Ashmole and other scholars attributed it to Lysippos, a grand name in the history of Greek art; modern concerns are less with such traditional attributions than with the original social context: where the sculpture was made, for what context and who he might be. 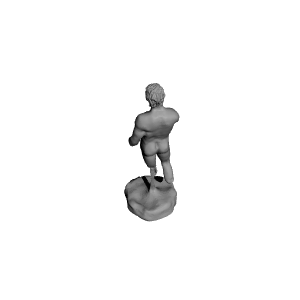 ×
0 collections where you can find Bronze Youth at The British Museum, London by Scan The World